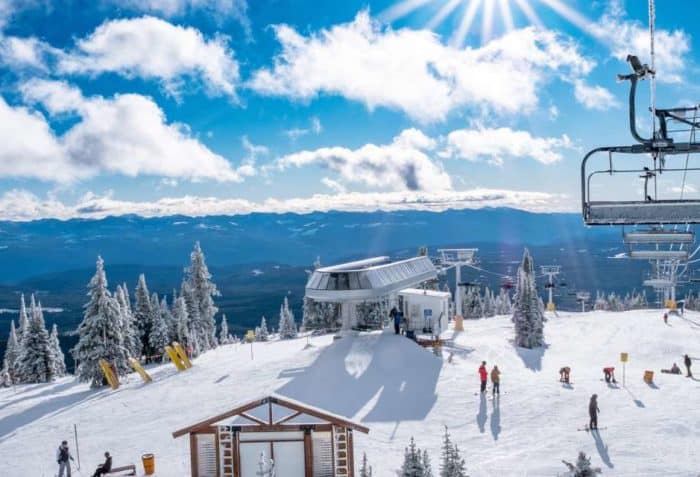 By Admin In Guides, Tourism

Skiing has always been, and will likely remain an extremely popular and glamorous sport to partake in. The idea of climbing to the beautiful snowy peak of a mountain in Sweden to shred up the land at high speeds with breath-taking views and incredible resorts to calm down from the exhilaration makes for a fantastic holiday goal for all kinds of people. But if you are a novice to the sport, it can be easy to become unnerved by stories of danger associated with the sport and the high prices charged by many of the more popular resorts. This can create a veritable minefield for prospective new skiers and can even put people off the idea entirely. Hopefully, these resort suggestions can help ease the transition from non-skier to a skiing maniac to improve your vacation opportunities for years to come.

Europe is the world’s hotspot for a good reason, and the French Alps have been a great place to ski for decades and is loved by skiers of all abilities. La Plagne in particular is a magnificent place to start, with its extremely modern build and well-placed living areas right by 4 chairlifts and easy to access busses making it one of the most convenient ways to go directly from your bed to the peak and back down to the local village. It certainly isn’t the cheapest solution, but the easy access to local amenities and the skiing itself combined with its relatively safe and well-controlled slopes makes it ideal for anyone new to the sport.

If you aren’t willing to travel all the way across the Atlantic Ocean to try a sport you aren’t yet fully comfortable with, you can always venture somewhere far closer to home. Breck is located in the Rocky Mountains in Colorado, a wild area that mimics many of the snowy mountains in Europe without all the hassle of going international. This already makes it an ideal candidate to go out and trial this new hobby with its local convenience, but the resort itself is a fantastic place to ski. Not only are the mountains challenging without being too strenuous, but the local town also is directly below the skiing area and has everything you need to feel at home while on vacation. It even has a mall located in the next village which is just a free 20-minute bus ride away, allowing you to set up for extended periods of time without having to give up anything you are used to having when you aren’t living up a mountain.

One of these resorts would be an excellent place to start your skiing adventures and help you gain some in-the-field experience, which is the best way to go from novice to expert in such physical sports. If you still want to improve your chance of enjoyment, it is worth shopping around for some higher-grade equipment such as the traditional skis and warm, packed clothing. To really bring your experience to the max, I would also recommend picking up some personal audio equipment, a guide to which can be found here at https://snowgaper.com/best-skiing-headphones/. This can really help bring the magnificent beauty of nature up a level with your favorite music to create a more personal and brilliant experience all round. 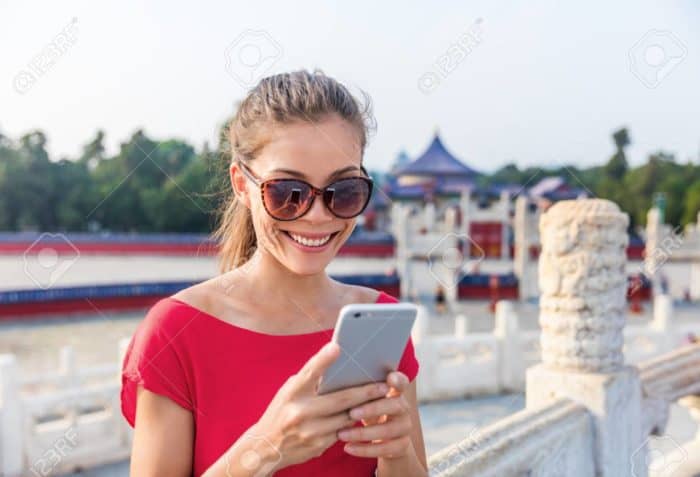 4 Great Phone Games to Keep you Occupied While Travelling

Traveling, whether it’s across the world, to visit family or friends, for a holiday or to work, it is something that’s a part of everyone’s life. Sometimes a good book isn’t enough to keep you distracted; if you’re like me, the words start turning to mush, and you need a break from those white pages, even if it is a turner. One great way I’ve found of passing the time is mobile gaming. Right now, there are some great and addictive games to keep you totally occupied while you’re on that train, being a passenger in a car, riding the bus, catching the ferry, or traversing the underground network.

‘Penguin Isle’ is the sweetest game! Become the developer of an isle completely inhabited by Penguins and their friends. This sweet game begins with a few penguin-essential businesses. To start off, you’ll only have a handful of penguins to put to work and look after, but once assigned to a business and earning money, you can upgrade your businesses, buy penguin eggs to hatch, and even have different species of penguins live on your isle.

From a lighthouse to whale watching, a seagull peak, and a penguin adventure park, your little isle will soon grow and become a fully-fledged penguin haven. The animators of this game weren’t stingy, either; zoom in to watch your penguins perform actions, use your attractions, and react to your touch! This game also accumulates in-game money while you’re “away” from the game, so this is a brilliant afk game for travelers while you switch platforms or catch your connecting bus!

‘Among Us’ has barely been launched and is already a gaming phenomenon. With the ability to play on a computer or mobile phone, the game has been saturated with eager players from all over the world. Among Us, a seemingly simple game has brought so many gamers utter joy and brilliant gameplay. The premise is simple; you’re either a crewmate or an imposter.

If you’re a crewmate, your job is to complete the tasks assigned to you, which can vary depending on which of the three maps you’re playing. The tasks consist of memory games, reattaching broken wires, and even destroying asteroids, among others. However, the catch is you and your fellow crewmates must finish these tasks to win while avoiding the murderous tendencies of the imposters among you. Part of your duty as a crewmate is to report any bodies you find, and ejecting all the imposters into space for an early win (just make sure you don’t get yourself ejected!).

Now, the second role you could be assigned is that of the imposter. Your one task is to cause complete and utter chaos while maintaining a façade of complete innocence. You have the ability to sabotage ship systems, resulting in oxygen depletion or a reactor overload if the crewmates can’t fix them in time. Your other ability is to kill your non-imposter crewmates and dwindle your numbers down enough to win the game.

Now, go check on your penguins!

‘Swordigo’ is an old classic. It is a single-player story and action game, your role is that of an apprentice who must avenge their master’s murder and purge the land of the evil that is taking over in the form of creatures, dangerous terrain, and the antagonist of the game. I’ve never finished it because of the difficult boss levels, but even without the ending, this game is worthwhile.

‘Lara Croft Go’ is a puzzle game where you control Lara herself while navigating tombs and underground caverns. The puzzles on this game are sure to keep you occupied during your journeys.

I hope these suggestions help your travels to be more enjoyable. Happy gaming! 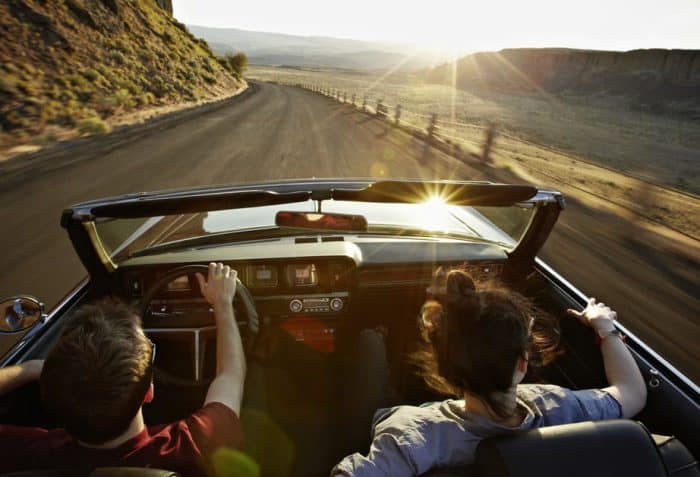 Long Trips can be agonizing, especially without something to entertain you. And as mobile gaming improves there are just too many choices on what to play. And even the most popular games will drain your battery too fast. So you want something free, engaging and that won’t drain the battery of your phone within moments. Luckily, such a game exists. 7 Deadly Sins: Grand Cross, or simply 7ds, is the game for you. 7ds is the best for long trips without a doubt and here is why.

Based on the show of the same now, 7 Deadly Sins takes the turn-based strategy genre and puts a fresh spin on it. The game follows the story of the show so true fans will be able to immerse themselves into the world they love so much. But even if you aren’t a fan of the show the gameplay is still incredible. Using a team-based structure you will collect new powers and great and level up your characters. Facing off against other teams of 3, all recognizable characters from the show, and see if you have the skills to overcome the challenge.

The game is designed with battery life in mind, and for long trips this is vital. The game will make sure you are entertained for the duration. And the most important aspect of it all, it’s completely free. This means it is the ideal and obvious choice for your trip. No paying out of pocket just to keep your sanity as you travel.

The game has a dedicated and loyal community of players who are constantly helping out new players or simply chatting about their favorite aspects of the game. So even after your long trip is done, this game will still have so much to offer you! 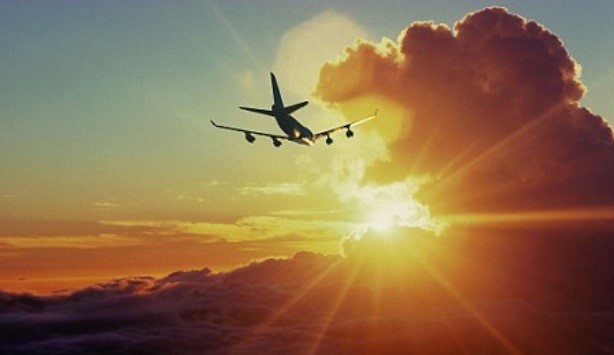 The idea of moving to a new country can be quite daunting due to the countless variables that are involved, so it is especially important that the physical moving process of your belongings is as smooth as possible.

When moving overseas the first thing you should take into consideration is the type of freight transportation that will be best for you. There will be two forms of freight offered to you, this will be that of air freight and sea freight. Both modes of transportation carry significant pros and cons. An air freight will obviously be faster than the sea freight, but this will come at a premium with a sea freight coming in at 12-16 times cheaper than an air freight. So, if you do not find yourself in a rush then the safer and cheaper option would be a sea freight service.

The whole process of finding the right deal can be extremely hard as booking a removal company is not a process you come across a lot in your life, finding a good deal will be even harder for first time movers. In order to find a good deal, it would be highly recommendable that you get a quote from at least three separate removal companies. To smooth out the process try find removal companies that will make you aware of the price upfront in a streamlined process, for example movers Brampton has a free instant online estimate for potential customers.

As your belongings will be travelling over a long distance there is bound to be some form of risk involved be it human error or accidental breakage, therefore it is important to choose a removal company that offers insurance along with the original quote. This will allow you to go through with the rest of your move without the unnecessary stress or worry over the welfare of your belongings.